Here without a whole lot of comment a series of images monuments of various nations to include war memorials desecrated by graffiti and downright vandalism. This is not hardly just an American phenomenon and the world is a worse off place for it!!

Click on all images to see an enlarged view: 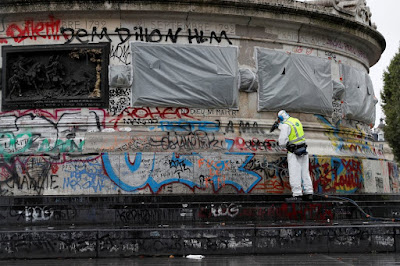 "Place de la République, Paris. The Place de la République: . . . contains a monument which includes a statue of the personification of France, Marianne . . .  Marianne is surrounded with three statues personifying liberty, equality, and fraternity, the values of the French Republic. These statues also evoke the three medieval theological virtues. Also at the base is a lion guarding a depiction of a ballot box." 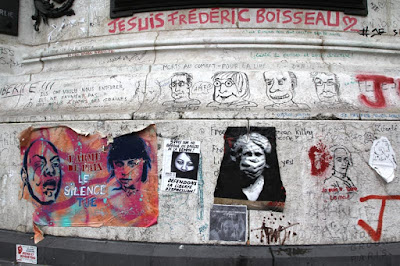 Place de la République, Paris. Place a memorial dedicated to the French Revolution and not to war dead, but nonetheless of great significance to the French nation that undeniable. 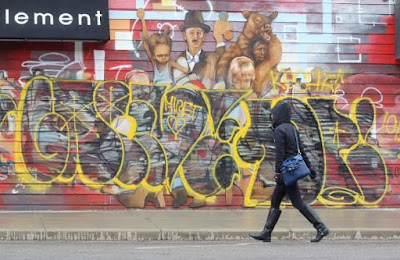 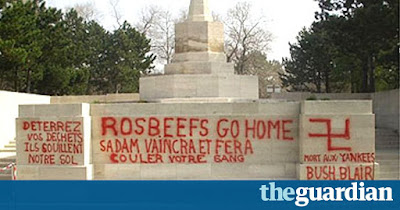 Etaples, near Boulogne on the Channel coast  British war memorial. Thanks to the Guardian. 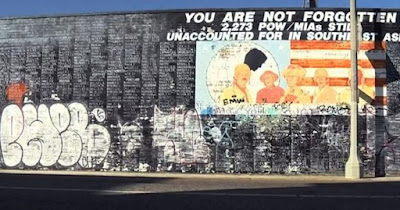 Vietnam War memorial in the Venice area of Los Angeles