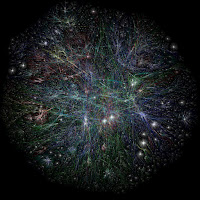 More items of interest as extracted from the Independent Barents Observer Norwegian media outlet. Thanks in all cases to the Observer and again Thomas Nilsen in particular.

Miscellany with a military dimension.

1. "To the memory of the submarine commanders who fired nuclear torpedoes at Novaya Zemlya"

"It was early morning 10th October 1957 when Captain Georgy Lazarev slowly sailed his «S-144» submarine [Whiskey class] into the quiet waters of the Chernaya Guba to conduct the first ever launch of a nuclear torpedo. More than 60 years later, his devastating blast is honoured with a monument on site."

2. "From this secret base, Russian spy ships increase activity around global data cables"

"Olenya Bay on the coast of the Barents Sea is home to a fleet of nuclear powered spy submarines and surface vessels which NATO now says are dramatically stepping up activities around undersea data cables in the North Atlantic."

"SPY SHIPS" AS THEY ARE CALLED DEMONSTRATING THE POSSIBLE OF CYBER-WARFARE IN CASE OF FUTURE CONFLICT? PHYSICALLY DESTROY CABLES OR INTRUDE INTO COMPUTER NETWORKS AND DO SO ON A WORLD-WIDE BASIS.