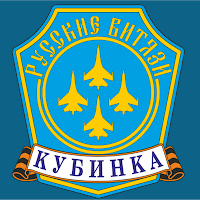 Aviadarts that military combat aviation portion of the competition.

Some links of interest:

"'Aviadarts' — pilots, best from RF Air Force units and formations, as well as pilots of foreign armies will show mastership in low altitude piloting and using their aircraft combat capabilities.

2. "Russia Brings Together Some of the World's Best Fighter Pilots"

"Chinese and Russian fighter pilots have been testing their skills in an unprecedented series of maneuvers in southeast Russia. Some observers have billed the Aviadarts exercise as a Russian Top Gun—a…"

"On 9 Aug 2017 @CGTNOfficial tweeted: '3rd-round #Aviadarts competition of 2017..' - read what others are saying and join the conversation."

4. "It's a Knockout: Russia hosts Aviadarts competition for ..."

"The international military aviation competition Aviadarts-2015 has opened in Russia as part of the Army Games, dubbed the 'world's first military Olympics.'"

Close-air-support? Hit the target? Who is best. Precision-guided weaponry of the Paveway version are allowed?