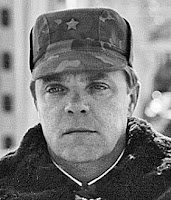 NOW you can know the rest of the story.

The Soviet experience in Afghanistan. With a perspective from a top Soviet commander, Boris Gromov.

Thanks to the Russian media outlet Sputnik that article by Tony Devon.

Those key points for discussion to include:

Myth II: "The Soviet Union Lost the War in Afghanistan"

Myth IV: "Americans Do It Better"