First there was Goya. Then there was the Iranian?

Came across this quite by accident. Goya and then Iranian? You the devoted reader to the blog must decide for yourself.

War art and art as propaganda. 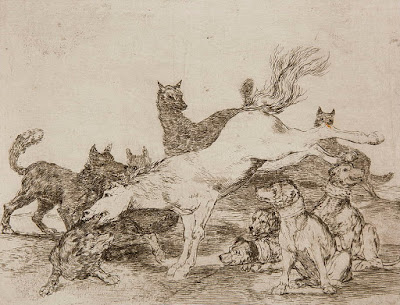 As done by Goya. The horse symbolic of the Spanish nation. Invaded and ripped to pieces by the French army of Napoleon. Dismemberment [dogs or wolves is it?] slow and awful, no respite or surcease. 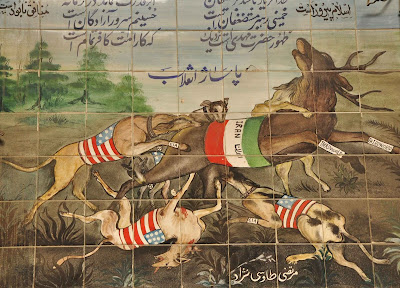 Iranian propaganda art of much more recent vintage. The noble stag as symbolic of the Iranian nation beset by dogs, ripped to pieces. A of struggle good and evil. American canines no mercy for the adversary, attacking the hindquarters and under-belly in a cowardly fashion, perhaps even relishing the task. The dog also in Islamic culture a despised animal, unclean.

Images of war as done by Goya an entire portfolio existing.

Also see the war art of Otto Dix, as was done during the Great War.