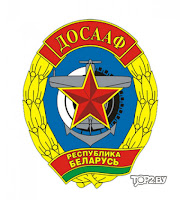 To war with motorcycle, Russian style!

From the book "SPETSNAZ" by the Soviet era defector Suvorov and as described in the chapter "Spetsnaz's First World War" the role of the Russian combat motorcyclist made abundantly clear and relevant to a previous blog entry:

"Meanwhile spetsnaz group 2-C-41, of twelve men, has been landed at night near the port of Felisxtone from the catamaran Double Star . . . The group has left the catamaran in the open sea and swum ashore with aqualungs. There it has been met by a spetsnaz agent recruited some years previously He has at the GRU's [Soviet/Russian military intelligence] expense bought a small motorcycle shop, and has always had available at least fifteen Japanese motorcycles all ready for the road . . . The group (containing some the best motorcyclists in the Soviet Union) changes its clothes, it weapons are wrapped in tarpaulin. . . the motorcycle gang then rushes off at a great speed along the A45 in the direction of Mildenhall. Its task is to set up automatic Strela-Blok anti-aircraft missiles in the area of the base and knock out one of the most important American air bases in Europe.

AN HOW EXACTLY DO THESE MOTORCYCLISTS BECOME SO HIGHLY QUALIFIED EVEN AT AN EARLY AGE? THINK DOSAAF?