From the article by Omer Farooq and the Times of India that aspect of circumcision and the military dimension thereof a subject for discussion.

"ISLAMABAD: In the past, jubilant Pakistani authorities have announced that foreign (read Indian) agents were involved in explosions and attacks in the restive Swat region based on examination of the corpses of the killed attackers."

Forensics as carried out on the dead bodies of suspected terrorists now standard-procedure throughout the world.

This criteria and "standard model" NO longer seen as valid!! You have to read the entire article! 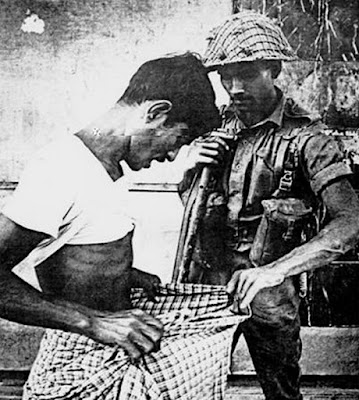 The Mumbai terrorists of 2008 too their bodies examined for signs of circumcision. Again, Hindu do not circumcise. Evidence of circumcision points to the Muslim attacker. This sort of stuff works both ways.

Statistics say everyday thousand of boys are under go for Penis Circumcision.

Penis foreskin has no value it has been proven. Foreskin of the penis is the extra inactive parts of human body.

Many Hindu men are Circumcised In our country it is real fact. No one can judge the religion to see the Circumcised penis.

Once again I want to say that I am Hindu and I am Circumcised.

Please check the Photos of Kishor Parekh, It was an Indian soldier.