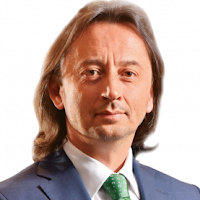 I know this was going to occur sooner or later.

American nuclear weapons located at Incirlik air base will be seized by the Turk and used as a bargaining chip?

So this television journalist [?] Ibrahim advocates.

From the Twitter account of Ibrahim and thanks to Google translate for the confirmation of the translation.

"'Incirlik airbase, Turkey must be transferred to a nuclear weapons '. Or 'Turkey, you should take your own control of these weapons.'"

Those devoted readers to the blog who wish to make a Twitter response to Mr. Karagul go to: İbrahim Karagül @ibrahimkaragul

That "bargaining chip" to be used during negotiations for the extradition of Gulen from the United States?

I might think not such a pie-in-the-sky fantasy. "Taking control" also might include PLACING THE WEAPONS OUT OF REACH OR COMPROMISED IN THE SENSE OF BEING MADE UNAVAILABLE  IF NEEDED?

P.S.: This entry originally from an earlier date but posted again today due to a slip up on my part. Please forgive me everyone.