From the wiki the Paraguayan military DOES have armored units, limited in number.

Armor vehicles of the wheeled variety. At least some of the Paraguayan armor firing that 37 mm gun as is found on the M3 Stuart tank?

"The EE-9 Cascavel ( Rattlesnake) is a six-wheeled Brazilian armoured car developed primarily for reconnaissance . . . The vehicle was first fitted with the Greyhound's 37mm main gun and subsequently with a French turret adopted from the Panhard AML-90." 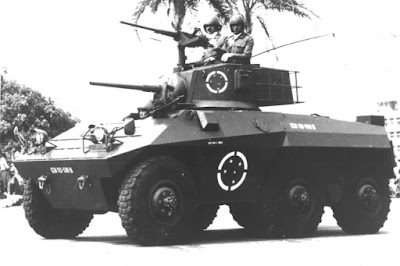 Cascavel I in this image with the 37 mm gun.

Interestingly enough the Cascaval I armed with "the 37 mm gun from the old M3 light tanks".

"Cascavel I: Known as 'Cascavel Magro' (Thin Rattlesnake). Initial vehicles are armed with the 37 mm gun from the old M3 light tanks."

"The EE-11 Urutu is a combat proven 6x6 armored personnel carrier developed by Engesa of Brazil. It shares many components with the EE-9 Cascavel armoured fighting vehicle." 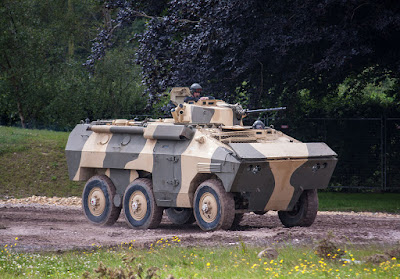 "Infantry Fighting Vehicle: With a turret for 25 mm cannon and an anti-tank missile launcher tube."