A headline misleading? Tanks of ancient vintage still "in service" but correctly understand only in a training mode!

"The M3 Stuart light tank and M4 Sherman main battle tank, both nearly 75 years old, appear to be going back into service with the Paraguayan Army as operational trainers." 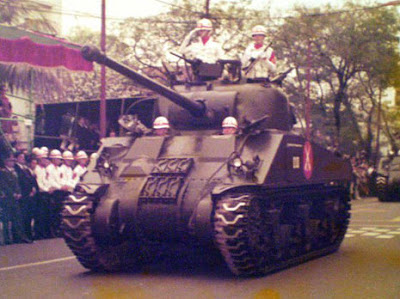 A Paraguayan Sherman better correctly designated as Sherman Firefly. That gun powerful and fitted by the British on M4 tanks during the Second World War for the specific purpose of defeating a German Tiger tank.

"Although the Paraguayan Army made a brief use of Italian Ansaldo CV33s, the M3 and M3A1s were its first real tanks. A total of 15 M3s were delivered in 1970 in three successive lots as donations from neighboring Brazil."

"Following delivery in 1980 from Argentina, the Shermans have been attached to the Presidential Escort Regiment (Regimiento Escolta Presidencial: REP) except for a brief period, between 1992 and 1996" 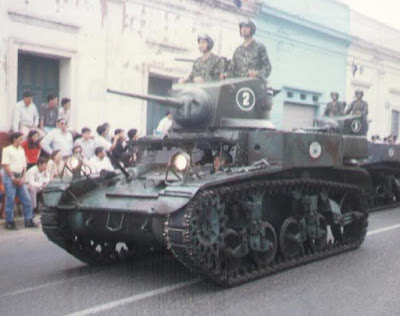 A Paraguayan Stuart tank. A light tank suited for the reconnaissance and scouting role equipped with a 37 mm gun. Continuing to remain suitable as a training tank?

I guess the idea is if you can operate a Volkswagen you can quickly learn to operate a Mercedes?