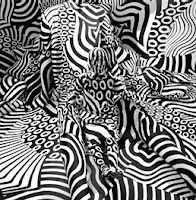 From Russian controlled [?] Internet media TASS and Russian Times [RT] more info on the TOP SECRET weaponry for which there is no known defense.

1. "Russian Navy gets new weapon to induce ‘hallucinations’ and ‘blind’ the enemy"

"A new weapon installed on Russian warships can make enemy soldiers miss targets by blinding them, while also causing hallucinations and making them want to vomit."

See from another Internet web site the World War Two history of such a dazzle and blind strobe light combat system.

"Two Russian frigates were fitted with the new non-lethal dazzler-type weapon, the 5P-42 Filin (eagle-owl) . . . The weapon is designed to temporarily blind the enemy."

2. "Poseidon to be able to autonomously avoid any enemy defense systems - source"

"MOSCOW, February 3. /TASS/. The unmanned underwater vehicle (UUV) from the oceanic multi-purpose system Poseidon will be able to autonomously skirt any enemy defense systems, which will make it invulnerable with regard to its performance characteristics, a defense industry source told TASS"

See previous blog entry the topic of which was the Poseidon UUV.

"MOSCOW, February 2. /TASS/. President Vladimir Putin has announced the start of works to develop new weapons in Russia due to similar actions of the US, particularly to begin developing a land-based hypersonic missile with intermediate range."

Never ending! Is this Russian scare-tactics or real threats? A mixture of both?