From the image as seen at the previous blog entry some weapons as carried by the ladies the identity of which was unknown to me.

At least until now. 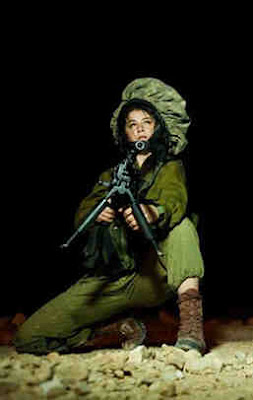 Some sort of light machine gun or squad automatic weapon I might assume.

And here it is. The IMI Negev. Squad automatic weapon. A light machine gun. 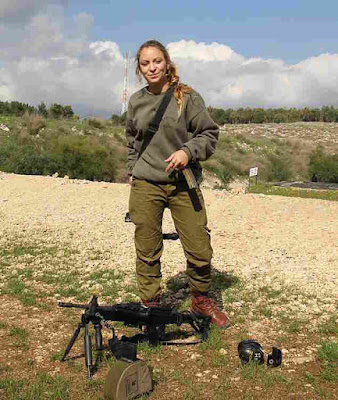 This young woman is described as an Israeli weapons instructor and is not a member of Caracal or Lions of Jordan. To me the IMI Negev bears a resemblance to the American M-249. 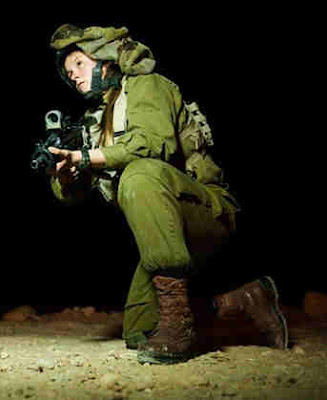 This weapon too as carried by the woman soldier unknown to me.

The TAR-21 (or simply Tavor) is an Israeli bullpup assault rifle chambered for 5.56×45mm NATO ammunition with a selective fire system, selecting between semi-automatic mode and full automatic fire mode. 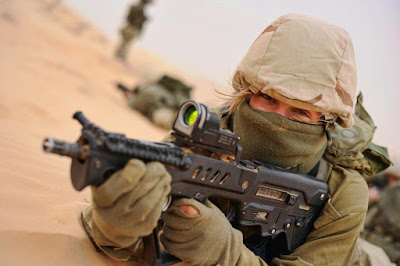 A TAR-21 as wielded by a troop. Is that a man or a woman? Appears to be a woman. But hard to tell. And a member of the Caracal battalion as described. You are not supposed to be able to determine the gender. Caracal has features of both men and women. Androgynous.

That Israeli light machine gun and the bullpup assault can fire the same round. To me that is a big plus. Others may disagree and favor the heavier 7.62 X 51 NATO round for the machine gun. Personally I favor the ammunition commonality factor.