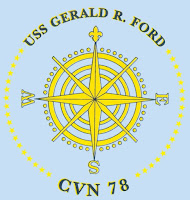 "Two years ago, I [G2mil] wrote about the US Navy's biggest scandal, the EMALS disaster. The Navy's newest aircraft carrier [USS Gerald R. Ford] can't reliably launch jet aircraft. It continued to fail and after a two year break to fix problems, has just began launching and recovering aircraft again. We are told all problems were fixed with a software update. I [G2mil] hope so"

"It sounds simple to input the aircraft weight and the system provides the exact electrical power needed to properly launch an aircraft, and this works at land bases where the launch rails never move. The problem with the elevators and EMALS is that a moving carrier moves. It twists and rolls and bends every so slightly and so do the electromagnetic rails. But just a .5mm shift reduces the launch output, and up to 5mm misalignment eliminates launch power. There is no way to know the precise alignment of the rails for each launch since they constantly flex. There is also the huge maintenance issue of electrical cables exposed just below the deck, but it seems the only way this new carrier [USS Ford] can reliably launch aircraft is in dry dock."

Read from the wiki entry everything you need to know about EMALS:

"The ElectroMagnetic Aircraft Launch System is a type of aircraft launching system developed by General Atomics for the United States Navy."

WORKS WELL ON LAND BUT NOT SO WELL AT SEA. AND NO ONE EVER THOUGHT OF THIS DURING R AND D OR TESTING?