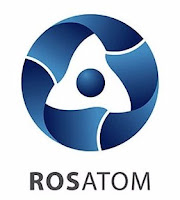 From the Internet web site New Scientist and the article by Ruby Prosser Scully we have a description of mystery solved!

"The source of a gigantic, mysterious leak of radioactive material that swept across Europe in 2017 has been traced to a Russian nuclear facility, which appears to have been preparing materials for experiments in Italy."

"The leak released up to 100 times the amount of radiation into the atmosphere that the Fukushima disaster did. Italian scientists were the first to raise the alarm on 2 October, when they noticed a burst of the radioactive ruthenium-106 in the atmosphere. This was quickly corroborated by other monitoring laboratories across Europe."

"Mysterious" leaks of radioactive material into the atmosphere hardly a novel occurrence. A number of such instances recently have been observed the source of which was never determined.