Piers Morgan to the rescue. Thanks to the Daily Mail in all instances.

"Why do you beat us with the things we are proud of?': Piers Morgan blasts campaigner who says WWII bombers committed a 'war crime' in fiery debate about memorial vandals" 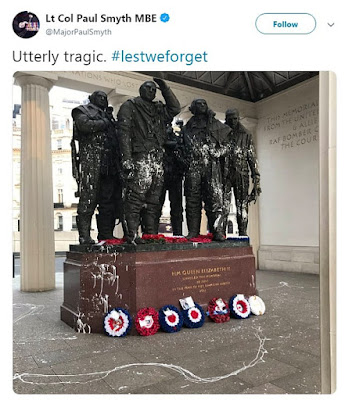 The Bomber Command memorial having been vandalized with white paint.

"A controversial academic today faced to wrath of Britain's veterans and their families after calling the RAF airmen who bombed Nazi Germany war criminals."

UNDERSTAND THIS ALL PART OF A "SPREE" OF SUCH DESECRATION'S AS COMMITTED OVER A TWELVE-HOUR SPAN!! 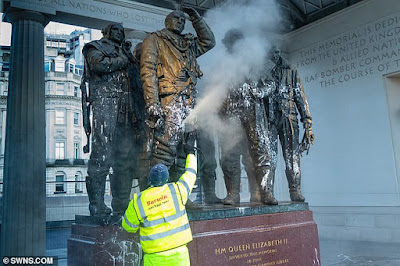 The memorial as we speak being cleaned!

See previous blog entries as germane to the topic of war memorial desecration:

Evil! Evil! And to all those that do so STOP!