"Dozens of Mirage F-1s will soon be roaring through the skies over the United States."

Thanks to The Drive and the article by Tyler Rogoway

"Draken International, the adversary support contractor with the world's largest private tactical jet air force, is working hard to bring their fleet of 22 ex-Spanish Air Force Mirage F-1M fighters to life. They will serve as the backbone of the firm's so called 'fourth generation' fighter threat emulation capability, with features that primarily include a capable air-to-air radar and supersonic performance. Draken aims for the planes to fulfill the ever expanding demand for advanced private adversary support, both at home in the U.S. and abroad" 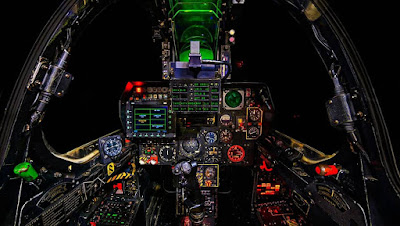 Image courtesy The Drive and José "Fuji" Ramos! Outstanding photography. Click on image to see an enlarged view. I can imagine that display beautiful at night. But you had as a pilot better know what you are doing! Impressive and I am impressed!

Devoted readers to the blog be aware that "private concerns" such ATAC or Draken have at their disposal a larger in number fly-able and combat ready warplanes beyond which might be found in the air forces of such  medium-sized military powers such as Great Britain, France, Germany!!