Beginning with a headline from the excellent Internet web site 38North. A web site devoted to the Korean situation in all manifestations.I highly recommend 38North without qualification or reservation. Devoted readers to the blog need to either bookmark or favorite.

"38 North is a website devoted to analysis of North Korea. While it strives to break new ground, the site’s main objective is to bring the best possible analysis to both seasoned North Korea watchers and general audiences alike"

That headline as extracted from 38North as regard to the American decision to deploy THAAD to the Korean Peninsula.

That deployment of THAAD taken very badly by the Chinese. Seen as a provocation. THAAD will be able to deny the Chinese missile nuclear deterrence?

THAAD providing missile interception and destruction of incoming warheads as fired by a ballistic missile.

Surprising that the Chinese have such a terrible hissy-fit over a theater anti-ballistic missile system? THAAD is directed against the North Korean threat and not China?

THAT FEAR OF THE CHINESE THAAD FROM BASES IN SOUTH KOREA [ROK] ABLE TO INTERCEPT AND DESTROY CHINESE MISSILES DURING THE BOOST PHASE OF FLIGHT?

THIS PERCEPTION NOT CORRECT?

THAAD what is described as an endo-atmospheric interceptor. Designed to destroy a warhead on the downward trajectory and that alone!

See these images illustrating the capability and operation of THAAD. Images worth more than words. 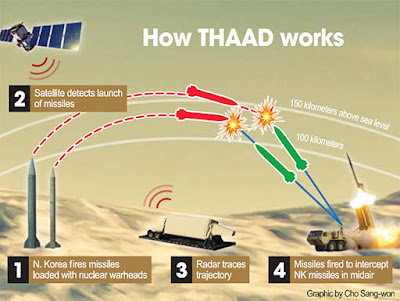 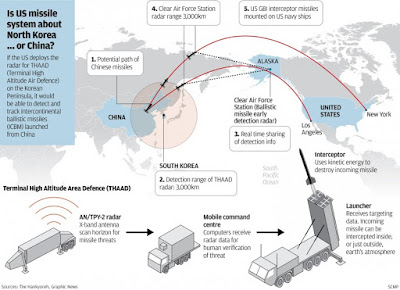 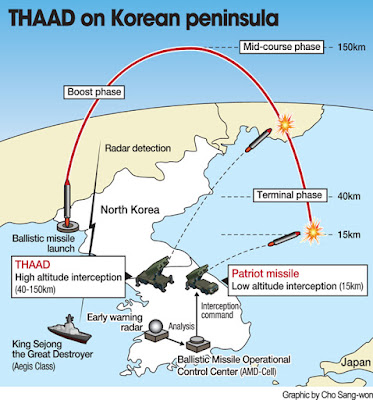 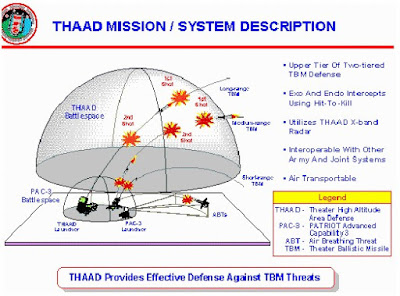 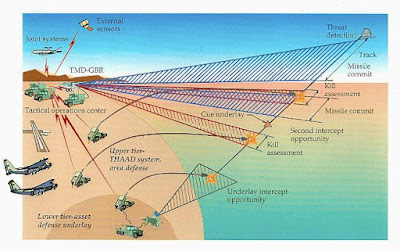 The THAAD system not a danger to the Chinese. Radars of THAAD however will give very early warning of a Chinese missile strike on the United States, if and when such an unfortunate event might occur! Trajectory of Chinese missiles inbound to the United States that much better determined and intercept by other American anti-ballistic-missile defense more assured!!