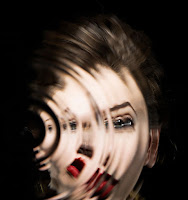 Thanks to the tip from Freeper we have this interesting item. Image courtesy of Getty Images.

"Hundreds of US Marines swapped naked pictures of female recruits and veterans — many of whom had no idea that they had been photographed — on a secret Facebook page, a report says. More than two dozen women — including active-duty and enlisted service members — were spotlighted on the social media site and identified by their full name, rank and military duty station"

THOSE PICTURES OF NAKED FEMALE MARINES WHEN "SWAPPED" CONTAINED SOME SORT OF MALWARE? MALWARE WHEN USED BY AN INTELLIGENCE AGENCY OF A FOREIGN POWER FOR ILLICIT AND NEFARIOUS PURPOSES?

Read further of the malware problem as the Israeli military discovered to their chagrin: