Yet again still more extracts with my commentary WW2 headlines from:

"The suggestion was made in these columns on June 13 that some American town honor itself by taking the name of the Bohemian village which the Nazis announced on Jun 10 that they had 'extinguished.'"

"It is, there fore, good to learn that the unincorporated Illinois town of Stern Park Gardens, near Joliet, has decided to adopt the honorable name of Lidice, in a ceremony to take place on July 12; and that funds are being collected to erect there a monument, with a flame burning perpetually". 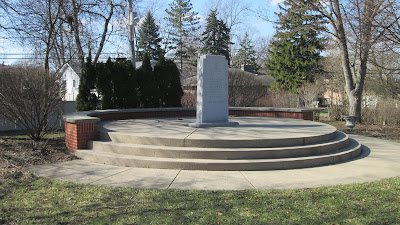 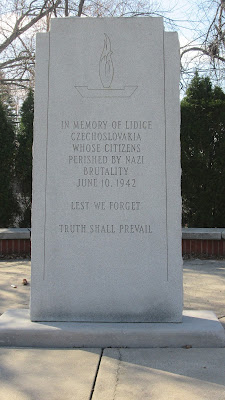 "IN MEMORY OF THE PEOPLE OF LIDICE CZECHOSLOVAKIA DESTROYED BY BARBARISM, BUT LIVING FOREVER IN THE HEARTS OF ALL WHO LOVE FREEDOM. THIS MONUMENT IS ERECTED BY THE FREE PEOPLE OF AMERICA AND LIDICE, ILLINOIS"

Lidice the memory of which survives. NOW and hopefully forever!