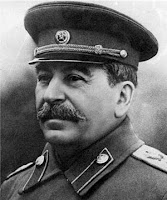 "THE NEW YORK TIMES COMPLETE WORLD WAR II The Coverage of the Entire Conflict" Headlines: "COVERAGE from the BATTLE FIELD to the HOME FRONT"

"INVASION OF RUSSIA IS DENIED BY REICH"

"BERLIN, Jun 19, 1941 - - Authorized Nazi spokesmen denied flatly today that a German invasion or Russia had started or that border clashes had occurred, although they admitted that a 'tremendous flood of rumors' had burst out concerning Nazi-Soviet relations."

"All Along Russian Frontiers Troop Movements Suggest Clash May Be Near."

By C.L. Sulzberger Wireless to The New York Times

"ANKARA, Turkey, June 21 - - The strange marriage of convenience between Soviet Russia and Nazi Germany, even if reaffirmed by some startling but now unforeseen development, seemed as close to the breaking point this week as at any time since it was cemented tin August, 1939."

By Telephone to The New York Times

"BERLIN, June 22 - - With the advance into Russia by the Reich's armed forces at the sunrise hour today, the political, military and economic liaison between Berlin and Moscow came to a spectacular end"

ARMIES ARE ALWAYS MASSING! RUMORS BUT IN THIS INSTANCE  MUCH MORE THAN RUMORS!

Stalin repeatedly warned by various sources THAT THE GERMAN WAS GOING TO ATTACK! Forewarning supposed to bring advantage. THIS WAS NOT THE CASE ON 22 JUNE 1941!