More on that dispersal of radioactive iodine-131 having been detected in Europe. American "sniffer" plane the mission of which is inconclusive?

"Bombshell! Authorities Keeping This Under Wraps: This Is What Is Spreading Across Europe! Will it Happen to America? (Video)"

"Europe has been having a strange flux of radioactivity . . .  These deposits seem to be dotting a rough trail across Europe, starting in northern Norway, say officials."

As to the WHY this occurred:

1. "One theory is that, because iodine-131 is most often associated with atomic bombs, there has been some secret tests of nuclear weapons being done in Norway."

2. "Iodine-131 has also been associated with some medical facilities that treat for illnesses such as cancer. These seemingly random deposits could be from pharmaceutical manufacturing facilities that are dumping excess material illegally or have had unreported leaks". 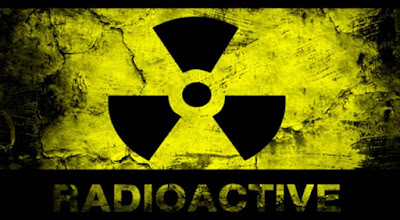 My instantaneous and intuitive reaction to the initial reports of the radioactivity was that this was some sort of nuclear submarine disaster. Nuclear sub in distress, surfaced, cold water entered into the reactor compartment, mixed with steam and caused a big boom. NOT a nuclear detonation but nonetheless the release of atomic particles.

I would not also preclude the possibility that this is some sort of Weapons of Mass Destruction reconnaissance [recce]. Radioactivity deliberately released by unknown parties the purpose of which is to determine wind dispersal patterns AND observe reactions of the various European authorities.  How fast is the danger detected and what is the response of the authorities.