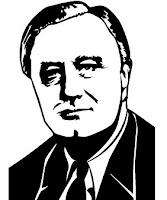 Additional further extracts with my commentary WW2 headlines from:

"Many Americans believe that Germany will attempt an invasion of the United States if England is defeated, and large numbers of citizens similarly are convinced that fifth-columnists are already active here, a survey of rank-and-file voters throughout the nation has disclosed"

That fear of American military planners indeed that the combined Japanese, Vichy, Italian and German fleets able to successfully land troops on the northeast coast of Brazil. American First Cavalry Division troops remaining state-side for a goodly duration of the war with total 100 % unit integrity in case of such an eventuality. [Axis invasion of Brazil.]

THE POSSIBILITY OF AXIS LANDINGS IN BRAZIL LOW BUT NOT TOTALLY PRECLUDED!