BASH. "A bird strike (sometimes birdstrike, bird hit, or BASH - Bird Aircraft Strike Hazard) is a collision between an airborne animal (usually a bird or bat) and a man-made vehicle, especially aircraft. It is a common threat to aircraft safety, and has caused a number of fatal accidents."

The man who piloted the Airbus into the Hudson river, saving the lives of all on board, is a NATURAL? 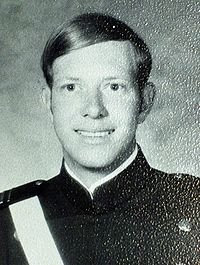 A pilot, more correctly, A FLIER, who first learned the business of aviation from his experiences as a glider pilot at the Air Force Academy.

Learned to FLY in the most basic and rudimentary of aircraft, without power, developing a skill set that has served him well throughout his career.

Again, a NATURAL!! Demonstrated marked ability from the get-go! The type of man the Academy is looking for but rarely finds!

"During his tenure at the Academy, he was selected as one of around a dozen other freshmen who were enrolled into a cadet glider program, and by the end of that year he was an instructor pilot. In his graduation year, he received the Outstanding Cadet in Airmanship Award, which is given to the top flier in each graduating class."

A FLIER as opposed to a pilot!!

The U.S. Air Force Academy runs "the largest glider operation in the world"!! The basic and most rudimentary instruction in flight and piloting is taught by learning how to fly a glider [sailplane]!!

"Soaring occurs at the Academy on a year-round basis. The program is the largest glider operation in the world. Its mission is to form the foundation of cadet exposure to military aviation, build character, and help motivate cadets toward a career in the United States Air Force."

"Retired aviation technology professor [Purdue] Charles Holleman also said Sullenberger's experience as a glider pilot may have given him an edge in landing his crippled Airbus A320 jet safely in the Hudson River.

NO - - it was the edge that gave "Sully" the marked advantage that he and all those passengers needed. IT was the edge!!

[the manner with which that Airbus had to brought to a successful landing would have required a reaction that would have been counter-intuitive? Put the nose over and place the aircraft into a dive, even without power? Build up speed by doing so, place moving air over the wings, allowing the pilot, "Sully" to guide the aircraft to a controlled landing.]

Hey coolbert, I was just reminded of a post you had made in this blog (or maybe it was the one you maintained earlier) about the ranking system of a Japanese Admiral (I think) of allied soldiers against the Japs themselves.

Do you have any idea where you got that from?