Who has not heard of the most recent bird strike incident? A commercial jet airliner, upon take-off, flies into a flock of birds [geese], ingests several birds [ingest, that is the correct term!!] causing shutdown in both engines! A potentially catastrophic situation that came to a most fortunate end, the entire complement of passengers and crew being saved, emerging from the landing on the Hudson River unscathed.

Almost a miracle!! First the plane is in the air. Then flies into the bird flock [geese?]. Then the birds are ingested into the engines [2 engines]. Then the engines cutout. Then the pilots REPORT SMELLING COOKED BIRD!! Then the dead-stick [?], powered down landing into the Hudson, safely so. Amazing?

The military too has a keen interest in preventing and mitigating bird strikes.

Also referred to as Foreign Object Damage [FOD]! Measures to prevent items, bird and otherwise, from being “ingested” into a jet engine [not to minimize the danger to propeller driven aircraft either].

FOD can include all and any objects beyond a bird strike. To include, but not limited to: paper, nuts and bolts, pieces of tire, small animals, twigs, branches, wind-blown objects, etc. AND IN TIME OF WAR, BOMB-DAMAGE [CHUNKS OF CONCRETE] TO THE RUNWAY ITSELF!!

Here is a military combat aircraft that has incorporated into the basic design a means to combat FOD! The Soviet/Russian Su-27. 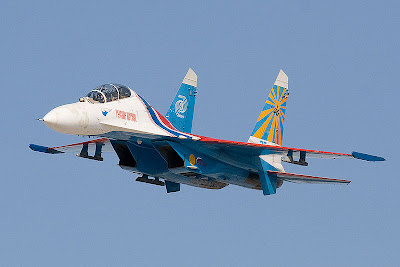 An integral titanium grille, covering the jet engine air inlet, provides FOD protection. A grille, in place, only when in the take-off mode [landing mode too?]! A grille made of a strong but very light metal, preventing serious engine ingestion. Mitigates and minimizes, maybe even totally eliminates [?] the possibility of catastrophic engine failure from FOD!! 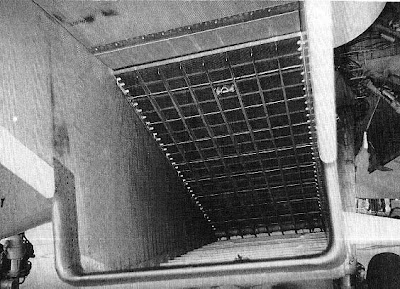 THAT TITANIUM GRILLE ALLOWS FOR THE Su-27 TO OPERATE FROM AN UNIMPROVED AIRFIELD IN TIME OF WAR!! THIS IS A BIG PLUS?!

It should be clarified that the titanium grille can be and should be in place only during take-offs and landings? Cannot be used at altitude when the aircraft is at high speed? Will distort the airflow into the engine inlet in such a manner that engine efficiency and actual operation will be compromised. Catastrophic engine failure and shutdown can occur when the plane is at high speed - - and with the grille in place?