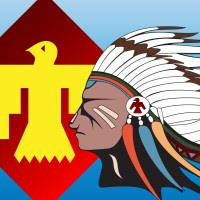 "the secretary of Defense has the authority to require these vaccines for all members of the force, including the National Guard … even in a Title 32 status. Because when they're called up for their monthly training, they're still federally funded."

THE MOMENT I SAW THIS HEADLINE I KNEW THERE WAS GOING TO BE TROUBLE. AND IT IS SO!

OKARNG commander not willing to enforce the mandated Covid vaccine for military personnel.

As you might  have anticipated, response swift and sure.

"A spokesperson for the Pentagon insisted on Monday that Defense Secretary Lloyd Austin has the authority to overrule Oklahoma's highest-ranking military official and force members of the state's National Guard to get a COVID-19 vaccine."

Controversial [?] in the sense that normally command authority in peace-time for a National Guard unit vested in the state Governor. Only when federally activated is the NG unit under command control of the DoD.

Legalisms and a strict adherence to various statutes apply here? Money and pay for monthly NG drill the crucial factors so it seems. DoD gets it's way!