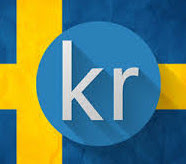 Here with an aspect of cyber-warfare I had not thought of.

ECONOMIC ACTIVITY AS UNDERSTOOD DURING A TIME OF PEACE BECOMING IMPOSSIBLE IN THE "CASHLESS" SOCIETY UNDERGOING CYBER-ATTACK BY A HOSTILE ENTITY OR FOREIGN POWER!

From Zero Hedge and the article by Tyler Durden

"Figures from the Royal Institute of Technology in Stockholm show that only 18% of all payments made today in Sweden are in cash . . . Such is the appetite for digital commerce in Sweden that many predicted it could become the world’s first cashless society."

"The Swedish Civil Contingencies Agency, an arm of the government, has sent guidance to every home telling residents to squirrel away 'cash in small denominations' in case of emergencies ranging from power cuts or technology glitches to terrorism, cyber-attacks by a rogue government or war."

Societies so totally on computerized transactions of whatever sort so very susceptible to cyber-attack. Cyber-attack on critical infrastructure [such as a power production plant] and incapacitation of same no different than a direct hit from a conventional munition.

In the USA measures as suggested by the Civil Contingencies Agency preparing for disaster called "prepping". Keep a minimum of six months food supply on hand [green beans, sardines, oatmeal], three months of water [one gallon per person per household per day], a source of lighting [oil lamp], a first aid kit [and a knowledge on how to use same], medications, a radio that can tune to emergency frequencies [a radio powered by a hand-cranked internal dynamo] AND currency of some sort [perhaps even in precious metals such as gold and silver].

See previous blog entries Swedish preparations for war or civil disturbance, emergency contingency measures as now being hurried into being: