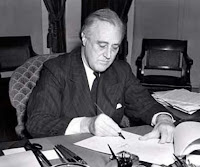 Only until several days ago this aspect of the Second World War [WW2] of which I was almost 100 % totally unaware.

That policy of "Lend-Lease" as it was during WW2 I think most everyone is familiar with.

"The lend-lease policy . . . was a program by which the United States supplied Free France, the United Kingdom, the Republic of China, and later the Soviet Union and other Allied nations with food, oil, and materiel between 1941 and August 1945".

Almost ninety percent of all oil/refined petroleum product as used by the allied forces [minus the Soviet Union] during the Second World War supplied by the United States!

Products and material as from allied nations supplied to the United States during WW2 we are less familiar with or perhaps not even at all?

Reverse Lend-Lease what it is called!

"How Much Help Do We Get Via Reverse Lend-Lease?"

WE as the United States!

"Many people think that lend-lease is a one-way affair, operating just for the benefit of our allies. In August 1943, when we had been in the war twenty-one months, the Office of War Information conducted an extensive survey and found out that more than four out of five people had not heard of reverse lend-lease."

Read further from the wiki entry regarding Reverse Lend-Lease.

Merely one instance of reverse lend-lease was the British Beaufighter [night-fighter version] and as flown by Army Air Force pilots [USA]. 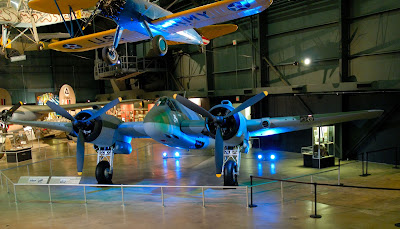 "When the USAAF formed its first radar-equipped night fighter squadron in January 1943, the only American night fighter available was the makeshift Douglas P-70, a modified A-20 bomber using the U.S. version of the Mk IV radar. After initial training in the P-70, the first USAAF night fighter squadrons went to war in the more capable British Beaufighter."

"The 414th, 415th, 416th and 417th Night Fighter Squadrons [USAAF] received more than 100 'reverse Lend-Lease' Beaufighters. They arrived in the Mediterranean during the summer of 1943, achieving the first victory on July 24 . . .  USAAF Beaufighters continued to fly night cover for Allied forces in Italy and France until the closing days of the war."

And thank you all allies. You contributions of whatever sort appreciated and always should be!