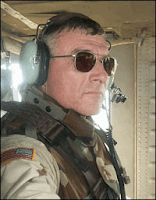 From Strategy Page and as excerpted from the Austin Bay archive of articles: "On Point".

"A Renaissance for Small Aircraft Carriers?" by Colonel Austin Bay.

"The U.S. Navy may be on the verge of a light aircraft carrier renaissance. New technology spurs the revival, both new smart weapons in the arsenals of potential military adversaries and new American weapons systems, the USMC F-35B strike fighter being the most pertinent example."

"This is one reason building a few 21st century CVLs make sense. It's a way of hedging against the loss of a CVN by putting some eggs in a few more baskets . . . Two or three CVLs, each with two-dozen or so F-35Bs, dispersed through a CVN-led battle group would increase fleet survivability."

"Can the Navy build three or four CVLs for the price of one CVN? Maybe, maybe not. It's a question yet to be answered."

CVN a super-carrier and also nuclear! CVL that term retired but now to be resurrected? CVL also non-nuclear!

Three or four CVL for the price of one CVN? This too an instance of "quantity has a quality all it's own"?

Read further that history of the CVL from the era of the Second World War!