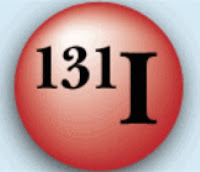 Further as is germane to that prior blog entry.

Move along folks, nothing to see here!!

"It appears to be linked to pharmaceuticals."

"Small amounts of nuclear radiation spread across Europe last month, and no one can figure out why."

"First detected over the Norway-Russia border in January, the radioactive Iodine-131 bloom was then found over several European countries, and while unsubstantiated rumors of nuclear testing by Russia have been cropping up, officials say it's most likely linked to an unreported pharmaceutical mishap."

Radioactive iodine is used during treatment for cancer. Some pharma factory gave off an unreported and unplanned release that is now causing a panic and hysteria?

Panic and hysteria not quite correct or is it? Concern but then consider that detection of  a similar sort preceded the announcement of the Chernobyl disaster.