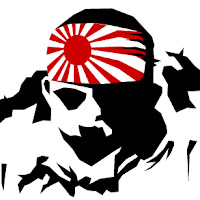 The "kamikaze drone" as used effectively by the Azerbaijani in their war with Armenia able to defy conventional air defense missiles [SAM].

DRONES it seems fly TOO SLOW!

Thanks to the Internet web site "Anti-Empire"

"Armenian anti-aircraft defenses are not particularly modern or potent, but they are perfectly adequate to keep at bay the modest Azeri airforce,"

"However, the problem for the Armenian side is that the Azeris are instead relying on slow-flying drones that Armenian anti-aircraft systems are ill-equipped to handle, having been developed before the advent of drones and with different roles and capabilities in mind."

See previous blog entry the topic the use of drones in the Armenian/Azerbaijan conflict:

Wage war by "suicide" drone will be now all the rage. Everyone will want a fleet of such weapons now.