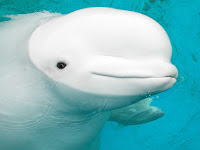 "The German Defence Ministry has insisted that there is 'no direct link' between de-mining and the porpoise deaths, but that if such a link is found, 'we obviously regret it'."

"A German animal rights organization has pointed the finger at the country’s navy over the deaths of at least 18 endangered marine mammals after the detonation of WWII-era mines during military exercises in the Baltic Sea."

WE NEED TO BE ABSOLUTELY 100 % CLEAR ABOUT WHAT IS OCCURRING. SECOND WORLD WAR NAVAL SEA MINE MUNITIONS BEING DETONATED AS PART OF DE-MINING OPERATIONS. ORDNANCE OF A VERY LETHAL NATURE ACTIVE AND EXCEEDINGLY DANGEROUS.

Death of endangered sea mammals incidental to the process and regrettable but understandable under the circumstances?

"I merely did as I was ordered to do. I was just a small fry. I did nothing seriously wrong. I helped some when I could. Others did worse. Think of me as a paper pusher and nothing more."

"No direct link." They always say that too, don't they?