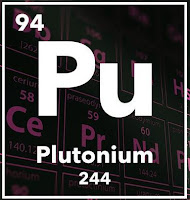 Please do not do this! Beware! No aliens to be found! Invasion Area 51!

It was supposed to be a joke. But has gone way beyond that now.

Thanks to FOXTROT ALPHA and the tip  from Jay:

"Here's What You'll Face When You Try to Invade Area 51"

"This week, the Internet is going crazy with talk of a mass People’s Invasion of Area 51. More than one million people have signed up on Facebook to breach the gates of the most famous top secret government facility in the world. The event, which sprang to life as a joke started by social media shit posters, has now racked up an enormous amount of publicity worldwide, with media outlets taking it utterly seriously and others as the joke it always was."

FOR THOSE OF YOU EVEN POSSESSING THE MOST DIMINISHED OF MENTAL CAPACITY, DO NOT JOIN ATTEMPT AN INTRUSION OF AREA 51! YOU WILL PERHAPS RECEIVE A LETHAL DOSE OF PLUTONIUM POISONING AND THAT AT A MINIMUM!!

This all a result of Project 57. From the era of the Cold War.

"Project 57, the Atomic Energy Commission, the U.S. Air Force, and defense contractor[s] . . . would work together to simulate an Air Force airplane crash involving an XW‑25 nuclear warhead—a crash in which radioactive particles would 'accidentally' be dispersed on the ground. The land around the mock crash site would be contaminated by plutonium, which, according to scientists, would take 24,100 years to decay by half. At the time, scientists had no idea what accidental plutonium dispersal in open air would do to beings and things in the element’s path. The 57 Project was a test that would provide critical data to that end."

DETONATIONS OF ATOMIC MUNITIONS, HIGH EXPLOSIVE ONLY, A ZERO-YIELD TEST TO STUDY THE DISPERSAL PATTERN OF PLUTONIUM IN CASE OF A NUCLEAR WEAPON FIZZLING [A DUD]!

Chances are hundreds, thousands, or tens of thousands of persons tramping through Area 51 will kick up immense clouds of sand and dust, some particles of which will be radioactive and ingested/inhaled. Or carried back home on clothes to spread further contamination.

As many as six [?] of such tests occurred? Anyhow, stay away from Area 51. You have been warned!