Some further items courtesy of YNet.

1. The Israeli Air Force [IAF] commander [Eshel] expressing his confidence that Syrian WMD, most specifically the chemical munitions threat, can be dealt with in an effective manner.

Syrian chemical munitions at this very moment [?] in a partial state of readiness, in the field, the possibility of use not so remote! If and when chemical munitions used by the Syrian against whatever target the escalation in hostilities most profound!

Capture and use of such munitions at some point by Hezbollah also a matter of grave concern for Israeli military planners.

"IAF chief: We'll know how to deal with Syrian WMDs"

"Addressing possibility that chemical weapons will leak to Hezbollah, Maj.-Gen. Eshel says 'we have the capabilities to deal with this threat.' On blasts at Hezbollah arms caches: 'It's not safe to sleep near rockets'"

That particular "blast" at a reputed Hezbollah arms cache a recent detonation of some significance, an arms depot containing Grad and Fajr rocket artillery have blown into smithereens and also having been reported by YNet.

And devoted readers to the blog can digress and infer with reasonableness as to the source of the "big boom"?

2. An apparent live fire exercise, an Israeli Dolphin class submarine sinking a surface vessel, a test of ship, crew and weaponry that was evidently successful.

The image that accompanies the article however has a problem with it. Who among those devoted readers to the blog or otherwise knows what the problem is? I invite responses from one and all. 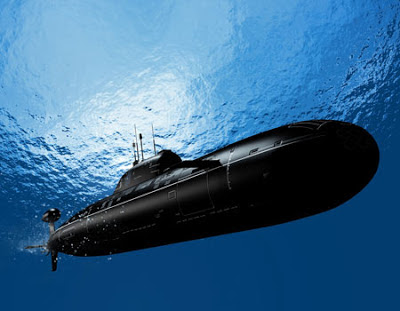 Perhaps this is a YNet  insider joke? I am not sure.

Others may suggest I am being excessively pedantic, but I think not.