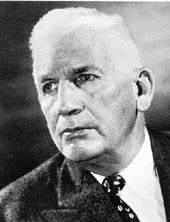 This DOES bear repeating.

From Colonel Craig, USMC, regarding Paul Douglas, the subject of the previous blog entry. Paul Douglas, a man of fifty years of age, enlisting in the U.S. Marine Corps as a private.

According to Colonel Craig, USMC:

"I knew the Mayor of Burnham, Il, Rocky Runlet. He went to boot camp with Paul Douglas"

"I asked him how a man of 50 could go through boot camp? He told me Douglas did everything that the other boots did."

Right, and please believe me when I say that USMC boot camp is not for a sissy or someone not willing to put out the effort. Anything but that. Rough and tough, a lot of physical and mental demands at the same time.

And the USMC expects a lot from recruits because to begin with they GET BETTER THAN AVERAGE RAW MATERIAL. Persons, recruits, quite often motivated and willing to test themselves!

AN EIGHTEEN YEAR OLD CAN HAVE A HARD TIME IN USMC BOOT CAMP!! Much less a man of fifty years of age.

I had wondered if Douglas because of his advanced age had been given a "way out" or a "pass", but this is evidently NOT SO!!

Paul Douglas neither desired the "way out" or would have probably accepted one if offered. Again, most remarkable - - I am very impressed. They just don't make them like Paul Douglas anymore.