Until only yesterday, the name of this man was unknown to me.

An American four-star general during the time of the Second World War [WW2] whose importance was vital to the war effot in a manner not even understood at the time or even now.

BUT NOT a combat soldier.

Rather, an engineer, a manager, a director of "works" projects associated with the war effort. A MASTER BUILDER! 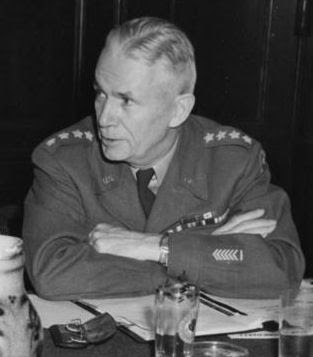 From the time of the ancient Egyptians [3,000 B.C.] - - that person in charge of construction projects, those projects, again, on the massive, the prodigious, the colossal scale. Unequalled!!

"In one person, the master builder, there existed the following":

I. "Responsibility for design"

III. "Complete and total authority on the building site"

That term Master Builder the significance of which is not taken lightly - - a person in charge of "creation" on such a grand scale beyond that of the normal individual - - almost "Godlike" in character!

"Brehon Burke Somervell . . . a General in the United States Army and Commanding General of the Army Service Forces in World War II. As such he was responsible for the U.S. Army's logistics."

Somervell - - an engineer by training and education almost without exception [?] during his career involved in supply, engineering, logistics operations, construction projects, from pre-World War One [WW1] onward.

Both in the military and civilian sectors, occupying positions of ever-increasing responsibility and authority, and always succeeding in a manner without peer, highly respected - - A MASTER - - a "go-to" man of the highest repute!

The career of Somervell most profound - - the accomplishments many - - to include:

Prior to WW1 during the punitive expedition to Mexico in search of Pancho Villa:

And during the Great War [WW1]:

Between the two wars:

And during the era of the Great Depression, associated with CIVILIAN WORKS PROJECTS, THE WPA!

* "From 1936 to 1940 Somervell was head of the Works Project Administration in New York City, where he was responsible for a series of Great Depression relief works, including the construction of LaGuardia Airport."

* "As head of the Construction Division of the Quartermaster Corps in 1941, Somervell took charge of the construction of a series of camps to house the large numbers of draftees who entering into the Army."

[during WW2 the armed forces of the United States increased in size from 100,000 troops to 15 million men under arms by the end of the war!!]

* Oversaw construction of the Pentagon. With Leslie Groves as Chief of Staff [CoS].

And from 1942 until the end of the war was the chief logistician of the army, a most senior position of great authority.

"From 1942 to 1945, Somervell commanded the Army Service Forces, the logistical arm of the United States Army."

It can safely [?] be said that projects of the magnitude and scope as seen during the Depression era or during WW2 will NEVER be seen again?

"Works" on such a massive scale having a military application is a thing of the past, passe' Too expensive and not in keeping with the trends of modern warfare?

A Master Builder of the stature of Brehon Somervell wielding authority and responsibility on such a enormous scale both in the civilian and military sector is today an unheard of phenomenon and we have to look to history for such examples. Too bad!