From the Steve Sailer blog we have this recent entry:

"What the Libyan rebels need"

A reader points out an irony of Obama's War":

"'Those persons still exist? NOT sure.'"

"Not to mention, the white messiahs of Avatar, Dances with Wolves, and The Last Samurai"

"Every age produces its own sort of fables, and our age seems to have produced The White Messiah fable."

"This is the oft-repeated story about a manly young adventurer who goes into the wilderness in search of thrills and profit. But, once there, he meets the native people and finds that they are noble and spiritual and pure. And so he emerges as their Messiah, leading them on a righteous crusade against his own rotten civilization.

Fable and myth! NOT exactly so. A T.E. Lawrence, an Orde Wingate, a Brookes Rajah of Sarawak, a Homer Lea were real live persons. Saw themselves as persons having a special mission in life and each in their own way, to an extent, succeeded. NOT just the thing of the motion picture industry and the fevered mind of a Hollywood screen writer.

Add to that list of names Charles Gordon. Chinese Gordon and Gordon of Khartoum.

"Charles George Gordon. Major-General Charles George Gordon, CB . . . known as Chinese Gordon, Gordon Pasha, and Gordon of Khartoum, was a British army officer, of the Corps of Royal Engineers and administrator. He is remembered for his campaigns in China and northern Africa" 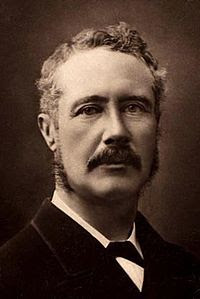 Noted as a commander of government forces during the Taiping rebellion in China. Successfully led troops into battle on all occasions with a fervor that was almost messianic in nature. Gordon was an evangelistic Christian, esteemed in many influential sectors of English society, and EVEN HAD THE APPEARANCE, CULTIVATED PERHAPS, OF AN OTHER-WORLDLY PERSON!!

Another British eccentric with pronounced and strange views, NOT even really Christian in many respects, but seeing in himself INDEED one of the "elect", a man of destiny and perhaps even divinely ordained [?] in that manner!

"He was an eccentric who believed amongst other things that the Earth was enclosed in a hollow sphere with God's throne directly above the altar of the Temple in Jerusalem, the Devil inhabiting the opposite point of the globe near Pitcairn Island in the Pacific.[citation needed] He also believed that the Garden of Eden was on the island of Praslin in the Seychelles."

"Gordon believed in reincarnation. In 1877, he wrote in a letter: 'This life is only one of a series of lives which our incarnated part has lived. I have little doubt of our having pre-existed; and that also in the time of our pre-existence we were actively employed.'"

Such is the mentality of the white messiah? But please do not think this is all fictional or fable or myth. Such persons have existed in the past and do so today? I am not sure!