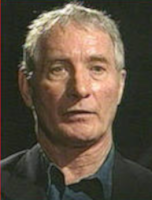 "That greatest internal threat to the United States the street gang." - - David Hackworth.

From decades ago now but even more relevant and extreme the situation.

This having been so for some time now also. Not a new phenomenon.

Also the gang EXTREMELY RUTHLESS AND PRACTICED AT RUTHLESSNESS!!

Herewith some links from the Small Wars Journal Internet web site the topic of which is the internal security threat the street gang/military connection. All articles courtesy Carter F. Smith and in the case of  # 1 link add the name of Joshua Harms.

"Military-trained gang members (MTGMs) have been identified in every wartime period for the United States—from the Revolutionary War to the current conflicts."

2. "Gangs and the Military Note 1: The Increased Threat of Third Generation Gangs with Military-Trained Gang Members"

"In an early exploration of the evolution of group violence in its most common form, John Sullivan found the beginning indicators of Third Generation (3GEN) Gangs. 3GEN gangs pose a significant threat to the safety, security, and future of our communities."

"Military-trained gang members (MTGMs) have been identified in every wartime period for the United States—from the Revolutionary War to the current conflicts."

"MTGMs increase the level of dangerousness to the community with their warfighter training and share their ability to remain undetected by law enforcement or members of the community, which allows their organization to thrive and grow unchecked."

"Military-trained gang members (MTGMs) have received military training such as tactics, weapons, explosives, or equipment, and the use of distinctive military skills. Gangs with military-trained members often pose an ongoing and persistent military and political threat. At least one tenth of one percent of the U.S. population is an MTGM, and there are between 150,000 and 500,000 MTGMs."

"Hail almighty Blackstone!" Chicago street gang slogan from the era of the 1960's. Even much more applicable now than it was then.