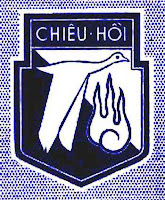 "THE CHIEU HOI PROGRAM OF VIETNAM"

From an Internet article by SGM Herbert A. Friedman (Ret.)

Psychological warfare directed against enemy combatants in Vietnam, a program that worked and found to be cost effective in the extreme.

CONSIDER THE EFFECTIVENESS OF THE CHIEU HOI PROGRAM:

"To date [1968] , the total defections of Viet Cong [VC] returning under the program total 75,000. If we take this figure in the commonly accepted ratio of ten government soldiers needed for each insurgent guerrilla, the program has saved the GVN-US a troop strength of over 750,000 soldiers. If we do a little arithmetic from the dollar-saved angle, the total cost of the program, using a cost-sited figure of $127 to bring in a Viet Cong defector, would be around nine and a half million dollars. But looking at the cost to kill a Viet Cong, which is estimated at $300,000 each, this number would have cost two and a quarter billion dollars." - - Johnston.

"By the end of 1966, Vietnamese and U.S. efforts resulted in 20,242 Hoi Chanh returned (or rallied) to the Government of Vietnam. About two-thirds of these were VC combatants rather than political supporters, a significant drain on enemy strength. The number of Hoi Chanh since the program’s inception now totaled 48,041, and the trend in ralliers had been increasing steadily since mid-1965. More important, MACV estimated the total cost of the program so far (not counting US salaries) at only $125.12 per returnee. JUSPAO estimates were slightly higher, showing a cost per Hoi Chanh of $150, but when compared to the estimated $322,000 cost per VC combatant killed, the program was remarkably inexpensive. . ." - - Barger.

Kit Carson Scouts also those defectors recruited, willing and able to fight with American units after rallying to the side of the GVN. Very valuable assets my understanding.