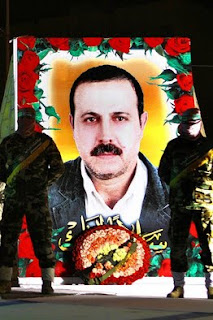 When an intelligence agency of any nation acts as a "4th Arm", waging war in a clandestine manner, it is secret warfare, nonetheless - - WAR!!

Here with some interesting stuff on the assassination, some months ago now, of the Hamas operational officer [Mabhouh] in charge of military operations directed against Israel. An assassination allegedly carried out by the Mossad, the Israeli secret intelligence service. An assassination successful, but botched to the extent that the culprits, the secret agents have been compromised, THE WHOLE EPISODE, TO A GREAT EXTENT, HAVING BEEN CAUGHT ON CLOSED CIRCUIT TELEVISION CIRCUITS, RECORDED, THE ALLEGED CULPRITS HAVING BEEN OBSERVED MORE OR LESS IN THE ACT KILL MABHOUH AND ALL THAT LED UP TO IT!!

First with the comments of the distinguished and now-retired CIA case officer - - Robert ["Bobby"] Baer:

"Stepped-up surveillance technology may be tipping the scales in the cat-and-mouse game between spies and their targets. Robert Baer on the current state of spy craft."

"Nearly the entire hit was recorded on closed-circuit TV cameras, from the time the team arrived at Dubai's airport to the time the assassins entered Mr. Mabhouh's room. The cameras even caught team members before and after they donned their disguises." 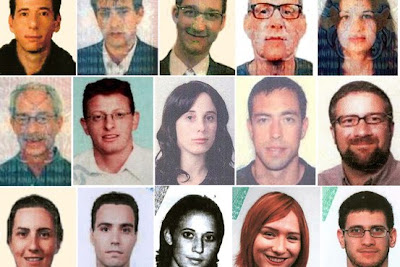 Please note the number of women. The incorporation of women into all operations is the characteristic signature of the Israeli Secret Services! You also have some old geezers and a number of bespectacled men involved. Hardly the special operations types you would expect to find in an operation where a targeted assassination was on the agenda!!
"Not completely understanding advances in technology may be one explanation for the assassins nonchalantly exposing their faces to the closed-circuit TV cameras . . . But there is no good explanation why Israel, if indeed it was behind the assassination, underestimated the technology. The other explanation—the assassins didn't care whether their faces were identified—doesn't seem plausible at all."

Doesn't seem plausible. But is plausible if you take into account this item as reported in a recent weekly newsletter from the DEBKAfile. DEBKAfile an Israeli website purportedly having "sources" well placed within the Israeli government?

"DEBKAfile sources therefore dismiss the claims by the Dubai police and certain Israeli publications citing 'security experts' that the Mossad was caught unawares by the security cameras which tracked the death squad's movements. They missed the fact that the team was not only aware of the cameras but controlled them and used them in support of their mission. The footage is short of the vital 19-minute segment when the Hamas arms smuggler was killed inside his hotel room. The hit-team only kept the cameras running when it suited them to show their ease in penetrating the most secure sites."

"Sources" claim that the hit-team NOT ONLY was aware of the closed-circuit cameras, BUT CONTROLLED THEM FOR THE GREATER EXTENT OF THE OPERATION, TO THEIR ADVANTAGE!!

I REPEAT - - NOT ONLY WAS AWARE OF THE CAMERAS, BUT CONTROLLED THEM, AND TOOK ADVANTAGE OF BEING ABLE TO CONTROL THEM!

Cynics will suggest that the Mossad is doing damage control? Disinformation and the like? You the devoted reader decide for yourself!!