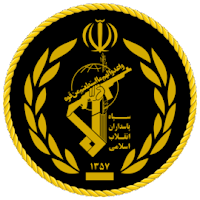 In finality as a response to the challenge as posed by the Colonel USMC.

That Israeli perspective the American "retreat" from Syrian SDF/YPG territory. That "retreat" as deemed the subject of many recent blog entries too numerous to list.

"US retreat from Syria likely prevented war with Iran"

RETREAT TOO HARSH A TERM. A PLANNED AND PHASED WITHDRAWAL ALMOST A YEAR IN THE MAKING. RETREAT SUGGESTIVE OF A BEATEN AND ROUTED ARMY.

"Trump has learned the lessons of history"

ISRAELI CONCERNS MOST MARKED AND IN CONTEXT WITH THE PREVIOUS BLOG ENTRY.

See also an additional blog entry the topic Iranian activities and intentions in the area:

"American troops will not be allowed in a manner without being harried constantly. Chased and constantly set-upon is the hope of the commander of the Iranian Revolutionary Guards."

The late Colonel David Hackworth rating the Iranian as # 1 threat to the USA. Ideological hatred of an implacable nature hardly diminished by a period of decades. Iran too their missile force combined with a potentiality of atomic munitions most worrisome.