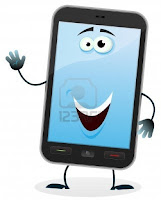 Who knows? The Russian knows! I'm watching you!

Still more from the Russian media outlet Russian Times [RT] and thanks to same.

"The Russian government has drafted a new bill which, if passed by parliament, would ban military servicemen from disclosing on the web any information about themselves, their units and other military staff."

"The bill specifies that members of the military of any rank should not post information on the Internet about themselves or other servicemen, including pictures and videos, as well as geolocation data. The rule applies equally to foreign citizens who serve in the Russian forces. Retired servicemen, however, are exempt from all restrictions imposed by the motion."

THAT ENEMY SMART PHONES AND SOCIAL MEDIA. MALWARE AS INADVERTENTLY DOWNLOADED CAN PROVIDE A HOSTILE POWER WITH A MEANS OF MONITORING A RUSSIAN SERVICE MEMBER SURREPTITIOUSLY.

Malware often downloaded as software embedded within an image of a risque and racy nature!!

See previous applicable blog entries, a whole host of them: