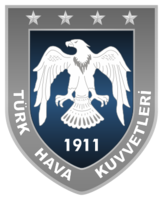 "defang/defanged) - - 2. To undermine the strength or power of; make ineffectual"

"gut·ted - - 2. To extract essential or major parts of  4. To reduce or destroy the effectiveness of"

Thanks to the Internet web site National Interest and the article by Michael Peck. That tip courtesy Freeper:

"How Turkey Destroyed Its Own Air Force"

"Fighter pilots aren't cheap. The U.S. Air Force estimates that training a new pilot to fly a plane like the F-35 costs $11 million. And that doesn't count the priceless experience of a veteran pilot who has been flying for years. That's why the U.S. Air Force is willing to offer half-million-dollar bonuses to retain experienced fighter pilots."

THAT ATTEMPT BY THE MILITARY TO OUST PRESIDENT ERDOGAN OF TURKEY HAVING FAILED, THE RANKS NOW BEING PURGED OF THOSE SUSPECT! INCLUDING VERY VALUABLE AND ALMOST IRREPLACEABLE F-16 PILOTS!

"Numerous senior and field-grade officers were purged. More than 300 F-16 pilots were dismissed. This defanged the Turkish military as a political threat . . . But it left a gaping question: who would be left to fly Turkey's jet fighters?"

"The air force [TuAF] had previously received 8 F-16s that were purchased directly from the United States, bringing the total number of F-16s received by the air force to 240. TAI [Turkish Aircraft Industry] is currently building 30 new F-16 Block 50+ aircraft for the TuAF."

TWO-HUNDRED SEVENTY TURKISH F-16 AIR SUPERIORITY FIGHTER PLANES NOW MORE OR LESS GROUNDED! THAT ENTIRE INVENTORY SAVE BUT A FEW [?] NOT HAVING PILOTS TO FLY THEM.

Who would have thought such a thing? Cooler heads will prevail in this matter? That remains to be seen!