As reported by the latest edition of the DEBKAfile newsletter events as transpired from OVER THIRTY YEARS AGO once again a hot button issue!!

An Israeli M48A3 Magach tank now and for some time a museum piece in Moscow to be returned to Israel.

1. "The tank from Sultan Yaakov battle will be returned to Israel from Russia"

"The tank in which the three missing soldier from Sultan Yaakov battle, Zvi Feldman, Yehuda Katz and Zachary Baumel, fought in, and which was transferred by the Syrian army from Lebanon to Russia, will be returned to Israel from the army museum in Moscow. Staff of the IDF Ordnance Corps is in Russia to examine the process of transferring the tank to Israel."

"Syrian President Assad was certainly part of President Putin's plan to send the lost Israeli tank back home to further their next plans. Putin is trying to promote Moscow's policy in south Syria by returning the Israeli-American tank to Israel. In this way he strives to help Assad regain his rule over south Syria."

Read further from the wiki regarding Sultan Yaacov:

"The Israelis failed to destroy the disabled M48A3 Magach-3 tanks they left behind and they were recovered the next day by the Syrians. At least one is now on display at the Tishreen Panorama Military Museum in Damascus.". [the tank being returned is on display at the Kubinka military museum in Moscow!] 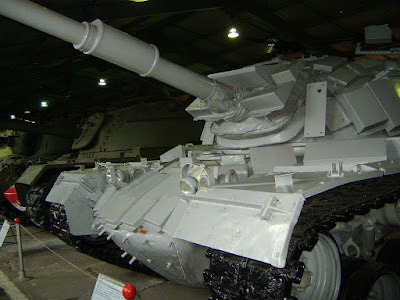 "Ex-Israeli ERA-armored M48 tank. Tank was captured during the Battle of Sultan Yacoub." This is the image of the Israeli M48 tank on display at Kubinka and to be returned to Israel

Also from the wiki concerning the Battle of Sultan Yaacov and the circumstances under which the Israeli tank was captured. THERE IS A CERTAIN SIGNIFICANCE TO THIS TANK!