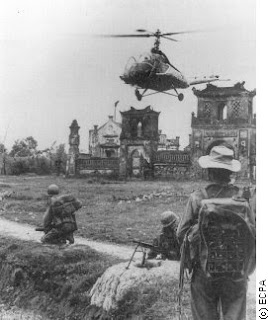 Here is another woman combat aviator of which Bert has the greatest admiration and respect for.

Valerie, NOT only a pilot performing helicopter rescue and medical evacuations, BUT ALSO a surgeon, and parachutist!!

This woman could do it all. And do it very well too!

"Captain Valérie André would rapidly become famous. An Army surgeon and qualified parachutist and pilot who had arrived in Indochina in June 1949, she evacuated 165 in 129 helicopter missions flown in 1952-1953 (out of a total of 496 fixed-wing and helicopter missions during her tours) . . . [during one mission] Captain André then flew into Tu Vu despite heavy mist and anti-aircraft fire. There, she triaged the casualties, operated on the most pressing cases and then flew the urgent wounded back to Hanoi, two at a time. In 1976, she became the first woman in the French Army to rise to the rank of general." 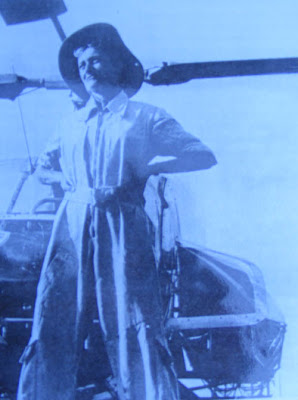 All these women aviators during war time, again, have my greatest admiration. To include:

What I as a young man always wanted to do, but never did, these women accomplished!

And in the case of Valerie, with typical French aplomb and panache!!

[my vision being what it is, I was never able to pass a flight physical! Also, the photo at the very start of this blog entry actually shows Captain Valerie at the controls of a Hiller helicopter during a rescue mission!]