Here thank to the Telegraph, the results of some DNA testing that seems to lend credence to a theory, Roman soldiers from antiquity, settling in China, guarding the Great Wall, even before the time of Christ!

"Genetic testing of villagers in a remote part of China has shown that nearly two thirds of their DNA is of Caucasian origin, lending support to the theory that they may be descended from a 'lost legion' of Roman soldiers."

"The genetic tests have leant weight to the theory that Roman legionaries settled in the area in the first century BC after fleeing a disastrous battle."

This disastrous battle of course was Carrhae. A "high-water mark" of history. Multiple numbers of Roman Legions annihilated by the Parthians, Roman eastward expansion forever thwarted. Roman troops taken prisoner, sent to further soldier for the Parthians as mercenaries in the Fergana valley.

Those Romans, subsequently, again, taken prisoner by the Chinese and sent to guard the Great Wall. This during the time of the Han dynasty. 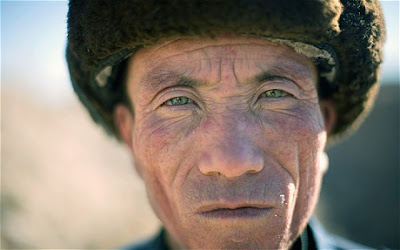 Here is Cai the Roman. Judge for yourself. From antiquity, the ancestors of this man,originally from the Roman Empire, guarded the Great Wall?

Romans, tough men with a lot of military skill, experienced and valuable, performing yeoman work for the Chinese, leaving behind a characteristic DNA signature that is discernible today?

Such was the rumor, the legend, the speculation, the theory. Today, substantiated, to a degree?