From Professor Al Nofi's CIC Issue #431 we have this item:

"In the true spirit of 'fraternal socialism,' while both were in London in 1850-1851, an ideological dispute led August von Willich (later a pretty good Union brigadier) to challenge fellow revolutionary Karl Marx to a duel."

August von Willich. Distinguished military man, a general officer during the American Civil War, a German national commanding during that war a unit of German nationals, commands, orders and the lingua fraca of the unit GERMAN and not English!

Von Willich also another Forty-Eighter. Persons outcasts in their own land, having emigrated to the United States in the aftermath of the abortive and unsuccessful European revolutions of 1848.

Voin Willich a trained and professional military man, Prussian with a rank of nobility, Von Willich on my original list of Forty-Eighters!

Von Willich also A SELF-PROFESSED COMMUNIST WHO EVIDENTLY HAD A FALLING OUT WITH KARL MARX HIMSELF!

"August Willich . . . was a military officer in the Prussian Army and a leading early proponent of Communism in Germany. In 1847 he discarded his title of nobility. He later immigrated to the United States and became a general in the Union Army during the American Civil War." 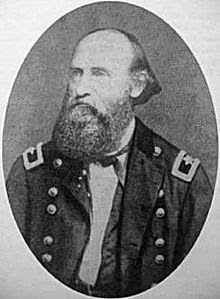 That foremost German unit an integral part of the Union Army the 32nd Indiana:

"With the outbreak of the Civil War, in early 1861 Willich actively recruited German immigrants in the southwestern Ohio region. He joined the 9th Ohio Infantry ('Die Neuner') as the regimental adjutant with the rank of first lieutenant, and was promoted to major in August of that year. He served in western Virginia, seeing action at the Battle of Rich Mountain, as well as at Carnifex Ferry. Willich then returned to the Ohio River valley over the winter and resumed his recruiting activities. Governor Oliver P. Morton commissioned Willich as Colonel of the 32nd Indiana, also called the First German (an all-German regiment)."

"Due to the anti-German sentiment in the nation, and the army in particular, veterans of the 32nd did not re-enlist. Nor did most other all-German regiments. It rankled the German-American soldier that General Joseph Hooker had blamed German troops of the 11th Corps for his defeat at Chancellorsville. The New York Times labeled the 11th Corps 'Dutch [Deutsch] Cowards.' Actually, of the Corps's 12,000 men, 7,000 were American. Of the remaining 5,000, only one-third were German, these having been the units offering the stiffest resistance to the Confederate attack made by 'Stonewall' Jackson."

German speaking units as commanded by German military educated officers during the American Civil War fighting on the side of the Federals not displaying a combat effectiveness any better than other Union troops. Comparable, not a whole lot better, not a whole lot worse.