"Two [images] show what the US government alleges are Russian batteries on its own territory -- one group of multiple rocket launchers and another of self-propelled howitzers."

Self-propelled artillery to include the 2S19? 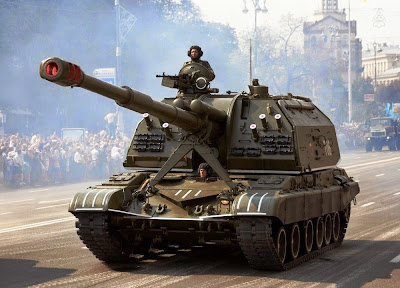 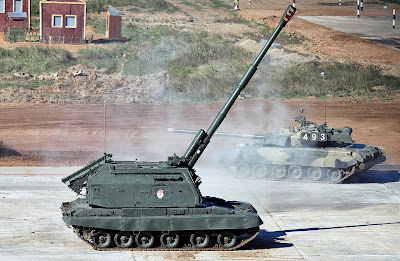 That barrel of the 2S19 is telescoping? Seems to be of great caliber well beyond norm. 2S19 has a capability to fire a very deadly round over long distance with great accuracy. And when a unit has fired a certain number of rounds, that self-propelled capability allows for rapid movement to another location, flummoxing counter-fire in the process.

The Ukraine has counter-battery/counter-mortar radar at their disposal? IF NOT, THEY NEED SOME SOON!