Once more from that prior blog entry:

"Two [images] show what the US government alleges are Russian batteries on its own territory -- one group of multiple rocket launchers and another of self-propelled howitzers."

The Russian having at their disposal a wide variety of MRL. To include: 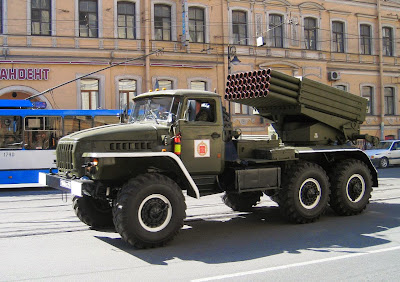 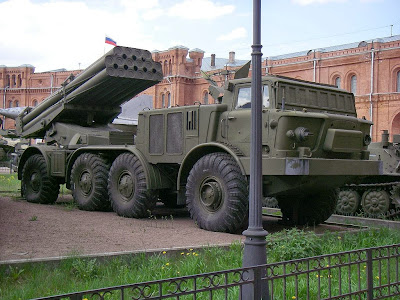 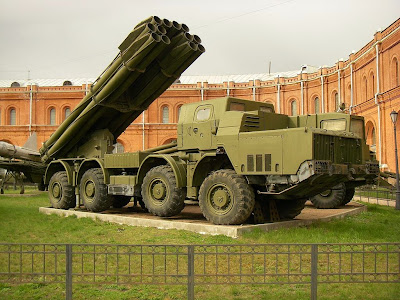 BM-30. Again, the fewer number of tubes but larger rockets with greater range.

"The BM-14 . . . is a Soviet-made 140mm multiple rocket launcher, fielded by the Soviet Union . . . The rocket has a range of about 9.8 km and can carry a warhead of 8 kg weight. Launchers were built in 16 and 17-round variants. The weapon is not accurate as there is no guidance system, but it is extremely effective in saturation bombardment." 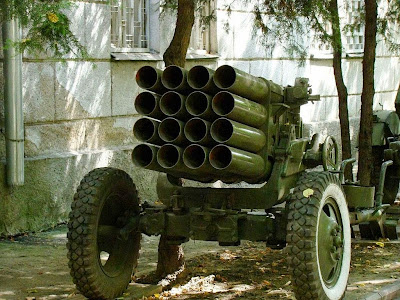 Do not preclude the possibility of seeing rockets as fired by this towed unit. Crude but effective as they say. A whole bunch of firing units gathered en masse and discharging simultaneously on the same target can do a lot of damage and fast.

The very long and very visible trails of smoke as given off by the rockets while en route to target indicating the exact location of a firing unit a terrible drawback to multiple launch rocket artillery. Counter-fire a very distinct possibility.