That tunnel warfare problem as encountered by the Soviet during the invasion and occupation of Afghanistan and the methods and solutions as developed to counter same more applicable to the situation as currently faced by the Israeli in Gaza.

Steps and measures as was used by the American military in Vietnam to counter the tunnel warfare of the NVA/VC probably not effective within the context of Gaza.

The Soviet having extensive experience with tunnel warfare was surprising to me.

Here with extracts and commentary from "an article by Mr. Lester W. Grau, "Underground Combat: Stereophonic Blasting, Tunnel Rats and the Soviet-Afghan War"

Vertical shafts and extensive horizontal tunnels primarily used by the Afghan for irrigation purposes [karez] but also useful during a time of war as sanctuary being subjected to a combat protocol as devised by the Soviet that seems to have been quite effective.

The karez [as called in Pashtun] structures found in a geographic continuum  from Morocco to China:

"A qanat [karez in Pashtun] is one of a series of well-like vertical shafts, connected by gently sloping tunnels. Qanats create a reliable supply of water for human settlements and irrigation in hot, arid, and semi-arid climates." 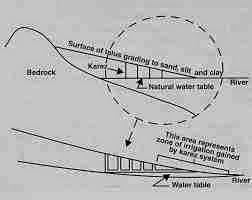 This image not doing full justice to the scale and size of the karez. Those vertical shafts often many tens of meters [yards] deep. Horizontal tunnels connecting the vertical shafts even longer. The entire apparatus having been dug and maintained often by entire generations of families, perhaps even since the time of Genghis Khan!!

And again, A SANCTUARY DURING A TIME OF WAR FOR COMBATANT AND NON-COMBATANT BOTH!

Weaponry as used by the Soviet during counter-tunnel operations to include:

Steps and measures, that methodology during counter-tunnel operations to include and following a definite protocol. 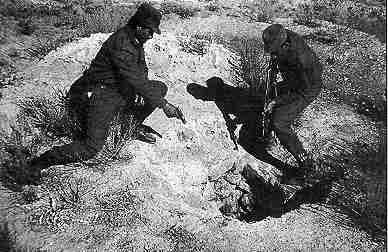 Troops apparently from the Afghan National Army during the Soviet occupation at the entrance to a karez. That vertical shaft a long way down to the bottom, often many tens of meters [yards]. Be careful, if you fall in you will die! 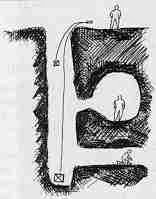 This is what the Soviet called stereophonics. Two field expedient demolition charges dropped down into the vertical shaft. That lower charge detonating slightly subsequent to the upper, the blast directed sideways and not vertically! 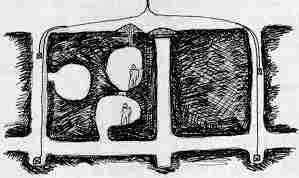 This the Soviets called quadraphonics. Two sets of expedient demolitions detonated simultaneously. That multiple number of blasts even more destructive, entire portions of a karez devastated.

With regard to those Soviet search teams:

"Search teams consisted of three or four men. Two of these would search to the front while the remainder would guard their backs from a sneak attack from the rear. The lead man had a line tied to his leg. In case the lead man found enemy material, he would tie the line to it and come back so they could all drag it out. In case the lead man was killed or wounded, his team members could drag him back by this line."

"The search group was armed with knives, entrenching tools, hand grenades, pistols, and assault rifles. A flashlight was taped to the forestock of the automatic rifles. The magazines of the assault rifles were loaded with tracer ammunition."

The Israeli is aware of all this and have taken same to heart, incorporating such methods, means, procedures and protocols into their own counter-tunnel operations?