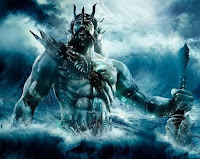 Hardly this is the Bermuda Triangle. Or is it?

Once more from the Internet web site The Drive and the article by THOMAS NEWDICK.

"The ballooning presence of Russian submarines and new interest in the region from China has made the Navy up its maritime patrol game in the Atlantic."

"Bermuda, the British island territory in the North Atlantic best known for its pink sandy beaches, has a U.S. Navy maritime patrol aircraft presence for the first time in a quarter-century. This comes as the service looks to counter an increased level of Russian submarine activity in the region."

Anyone care to venture a guess if this a NATO mission of part of bi-lateral security agreement between the USA and the United Kingdom?